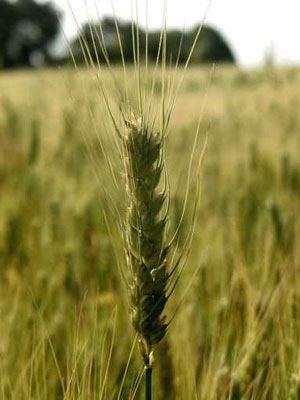 During the last 30 days I have been doing a great deal of traveling, and I have seen a lot of good crops as well as bad. This year's crop results are going to be greatly affected by method of tillage, seed variety, fertilizer and rainfall.

So far, deep placement of fertilizer looks like the most promising method of application for a dry year. I have a few accounts who put anhydrous knives on their cultivators and deep placed liquid nitrogen 6" - 8" deep between rows. This seems to have greatly improved crop color and growth.

Many times I have seen techniques like deep placement make crops look much better during the growing season but in the end they do not yield any better than other techniques. The final answer lies in the final results.

The problem is, should I do the same next year? What to do when we have considerable weather changes from year to year is a real problem. I would suggest that you plan on being flexible. Be prepared to go either surface or deep with fertilizer placement.

Many of the crops I have looked at, especially corn, show phosphorus deficiency. Phosphorus deficiency is indicated by purple corn stalks. Some stalks were purple from top to bottom which indicates a very severe deficiently. Some varieties are much more prone to this than others.

Normally phosphorus is active in the top 4"-6", but due to the extreme dryness there was practically no phosphorus activity in the soil. Phosphorus is very immobile in soils and needs to be well distributed or banded for maximum crop response. If deep placement is used be sure to put a little phosphorus with the nitrogen so that crop quality will be maintained.

The reason it is a good idea to add water to the 10-34-0 is to make the phosphorus more available to the crop. Phosphate in the form 10-34-0 is not readily available to plant rootlets. Dry water soluble phosphorus sources could also be used in your deep placement program.

I hope we don't have another dry year like this, because I still prefer the surface application of nutrients that can be worked upon by the soil's micro life, converting the N-P-K products you apply into compounds that are higher in energy and then assimilated by the crops. The result is a much better quality crop that is more resistant to disease and insects.

Absence of insects and disease in the fields

One of the most dramatic differences between crops grown more biologically than conventionally was the absence of insects and disease in the fields. There was very little corn bore damage, stalk, or root rot in fields that had been on a good biological program for several years. I also found weed control much better in some fields under biological programs, but not in all.

Soil tests can be a valuable tool in determining how a crop will respond to disease, insects and weeds. It is very important to know what type of test is being run to make the conclusions.

For instance, I recently visited with a man who had soil tests indicating 3000-4000# pounds of calcium per acre. I then requested a water soluble test from the same lab only to find out he had only 100#/acre. The question now becomes, which one is right? They are both right, but one is more meaningful to what is currently more available to the crop. In this case the water soluble test was probably much more representative of what is happening in the field versus the acid extraction analysis.

Low calcium availability in a field can be checked in several ways. I often pull a stalk out of the ground, take a sharp knife and split it down the middle. Low calcium stalks will have a dirty grey or off-white pith while good calcium stalks will have a pearly white pith. The later in the growing season you do this, the easier it will be to notice the color. Often, low calcium soils are hard and compacted, unless they are sand.

If I see a soil test run using the Lamotte method with a calcium reading below 2000#lacre and a potassium to phosphorus ratio 2:1, I know you have a weed problem and more than likely an insect problem.

Man has developed many unique plans to correct these problems with herbicides and insecticides, ~only to create more problems in the long run. In the short run, the herbicides control the weeds, but what about the long term consequences? I often have people ask why they should change when they are getting by. I have no solution for the person living for today and not concerned about the future of his farm.

I believe many people think science will pull a new rabbit out of the hat to solve future problems. I don't doubt that new rabbits will come along, but what happens when we run out and we have destroyed our soil? If you look at Egypt, Israel, Iran, Iraq and Africa, once very agriculturally rich areas of the world turned into deserts -- I see the same thing happening to the upper midwest.

Man has developed many unique plans to correct these problems with herbicides and insecticides, only to create more problems in the long run.

It all starts with the loss of topsoil which reduces the electromagnetic holding power of a soil. It also affects the rainfall in an area. We are doing a very good job of this in the upper midwest the bread basket of the world.

Correcting the problem in the soil analysis

The first thing we do to correct the problem in the soil analysis is to quit applying potassium. Next, we should apply lime. The application of lime will tie up some of the potassium bringing the potassium to phosphorus ratio closer together. The application of lime would also help the calcium magnesium ratio which should be around 6:1 to 7:1. The liming should help mellow the soil increasing bacterial activity and aeration. Bacterial activity and aeration improve water penetration which will affect soil tilth and weed control.

Liming is a difficult problem if you are going to get a good response. Timing of application, amount to apply, how to apply and kind to apply all have a great bearing on the results of an overall fertility program. 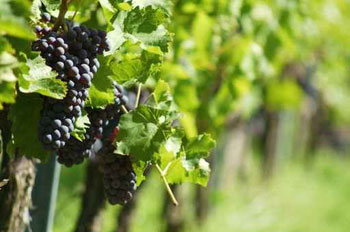 I recently visited with a grape grower who had used a lot of lime trying to improve his grapes. He got little or no results from this until he learned how to use it properly. It's one thing to realize you need lime, it's another to know how much should be applied at one time and what kind. He learned that if one or more tons was applied per acre it needed to be blended with the soil by tillage in order to get it working with bacteria in the soil and then taken up by the roots of the grapes .

If the soil is low in bacterial activity and compacted you may get more results with 100-500#/acre of ag lime than you will with more. The electromagnetic holding power is so low that putting on more than 200 pounds of lime per acre may do more harm than good.

The electromagnetic holding power of a soil is affected by the organic matter content of a soil, plus the biological activity. The lower these levels are, the less lime we should apply at one time. If you are going to apply 1-2 tons of lime per acre be sure you have enough organic matter and clay to hold it from leaching away.

Soil has an equilibrium at which all the elements present are held in a certain ratio. When you change this too fast you will upset the equilibrium and cause severe tie-ups which can result in crop failure.

In order to prevent some of these things from happening be sure to add major amounts of lime far in advance of planting. Lime in any major amount should be fall applied. If the soil is poor and run down, meaning low in organic matter and poor in soil structure, be sure to blend into the top 2-3 inches to create a stronger magnetic field. If possible add compost along with the lime and incorporate to build a stronger magnetic field. If you do not get lime on in the fall then put on much smaller amounts in the spring. I feel 100-200 pounds per acre gets a much better response than larger amounts .

I have a few farmers who have added lime in the row at 35 pounds per acre getting a 5 bushel response, doing much better than adding 1-2 tons of lime per acre. This program works best on soils below 2000 pounds per acre based on the soil test methods I use.

The 35 pounds per acre was arrived at by using different amounts per acre. The 35 pound amount gave the best response. This amount will vary based on soil type, organic matter level and rainfall. I have also gotten good results in Nebraska with 20# of calcium nitrate over row with planter versus putting on tons per acre.

I think there is a whole new era in soil fertility coming as we learn how to use a very valuable nutrient like calcium more effectively. The problem we have currently, is how to apply small amounts of lime accurately with current equipment available.

If you look back to the soil analysis there is another way to change the ratio of potassium to phosphorus. Add soft rock phosphate and 11-52-0 mono ammonium phosphate. If I was short on money I would go after a well planned lime program first because it is the most important aspect to correct first, based on this soil test and a good history.